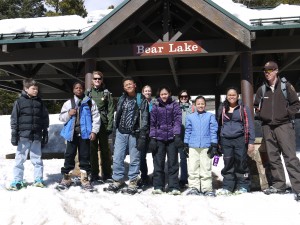 Smell that?  Do you smell that?  Waffles kids—no other kitchen in Foxfield smells like ours.  I love the smell of waffles in the morning.  Nice, blueberry Egos with crispy turkey bacon on the side….  The Saturday morning breakfast conversation embarks as the boys wipe away the sleep from their eyes.  They couldn’t stop talking about last night’s “Xanadu” performance.

March was exploding with enriching activities that left the scholars begging for more.  Thanks to the numerous, generous ticket donors, they got their wish.  Snowshoeing in the height of the wintery Rocky Mountains, Colorado Rapids soccer games, and multiple live performances jam packed every weekend.

Middle school scholars just had their Broadway rendition of Rogers and Hammerstein’s, “Cinderella.”  The performance of a lifetime featured Ahmarri as he made his debut as a regal young dancer, while Adan designed many of the props, including an enormous wedge of cheese for the musical number, “The Prince is Giving a Ball.”  We fully expect them to win a Tony someday. 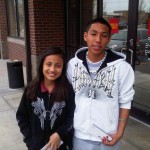 Speaking of awards, Darwyn and Carolina both won an academic achievement award from National Boys Hope Girls Hope.  While all of our scholars are very studious, Darwyn and Carolina have maintained excellent GPAs during their stay at BHGH so far.  They each received a certificate and a $20 gift card to Target.

As summer quickly approaches, staff is finishing enrolling kids in summer camps.  Camps range from study skills and soccer to video games and animal camps.  In their “free time” the scholars plan on chillin’ by the pool and hanging with friends.  The scholars won’t have any trouble staying busy this summer, especially the older ones who will be making big bucks working hard at their summer jobs.