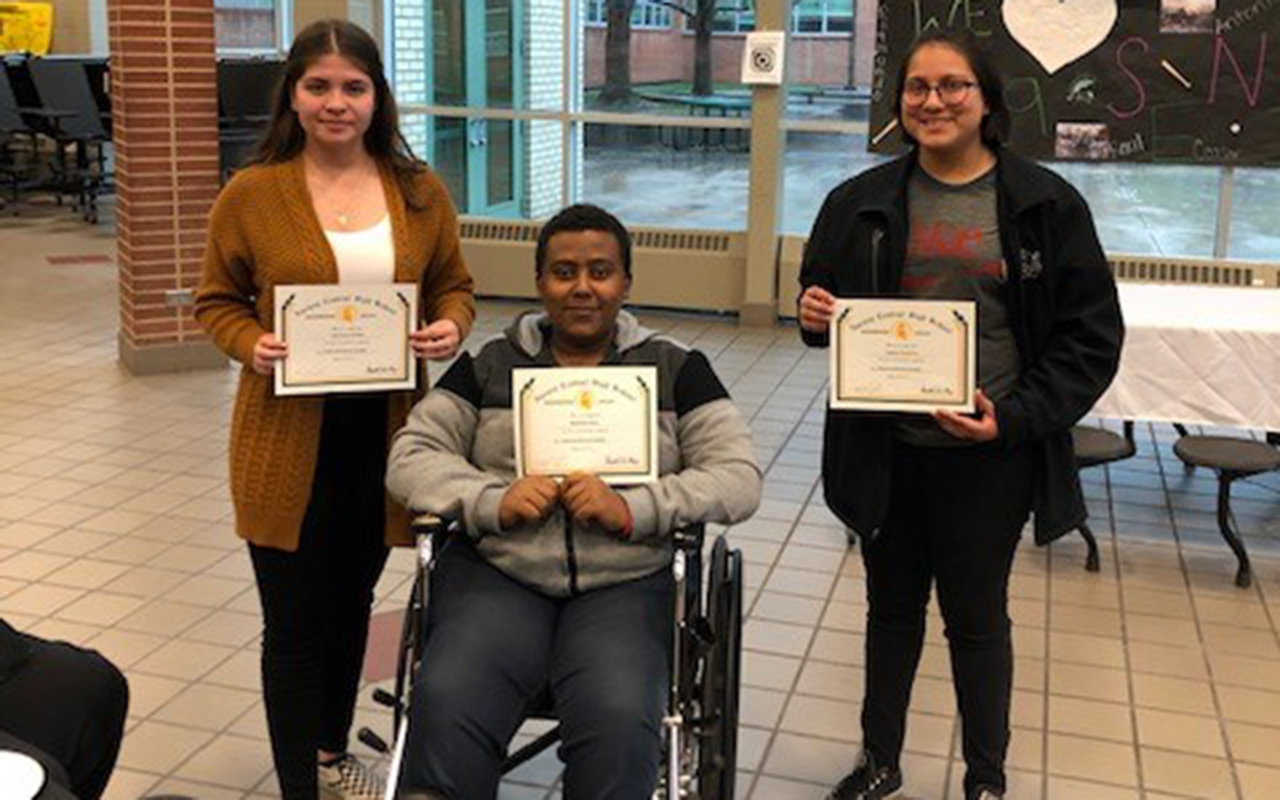 Aurora Central High School scholar, Bewenet will be a senior this year. He moved to Colorado roughly five years ago. Prior to that, he lived in Ethiopia with his older brother, father and grandfather. His mother was living here in the United States and his family decided there was more scholastic opportunity for both boys if they joined their mother in Colorado. Benwenet has not been back to Ethiopia since he left, but he does speak with his family there frequently.

Immediately after 8th grade, Bewenet began a summer program with Boys Hope Girls Hope. He found that BHGH helped him become more social and he wanted to participate in a lot of different activities. He has enjoyed getting to know a lot more people, including his best friend, and he loves being a part of community services projects. If you ask Bewenet what he felt the best part of the BHGH is he’ll tell you that the team is always there for him and available to help with his schoolwork, provide advice on many topics and he knows they’ll support him.

“I’m very lucky that I was able to become a part of the Boys Hope Girls Hope program. There are so many experiences that I didn’t even know existed or that I needed,” says Bewenet.

Looking toward the future, he thinks he’d like to choose something in the medical field. As a part of the MC2 program, he is looking forward to his upcoming internship. When it will begin, he is not quite certain, as it has been pushed back due to Covid-19, but he’s hoping this Fall.

He is looking at colleges both in Colorado and out of state. The next year is going to be a big one for him and he’s excited!