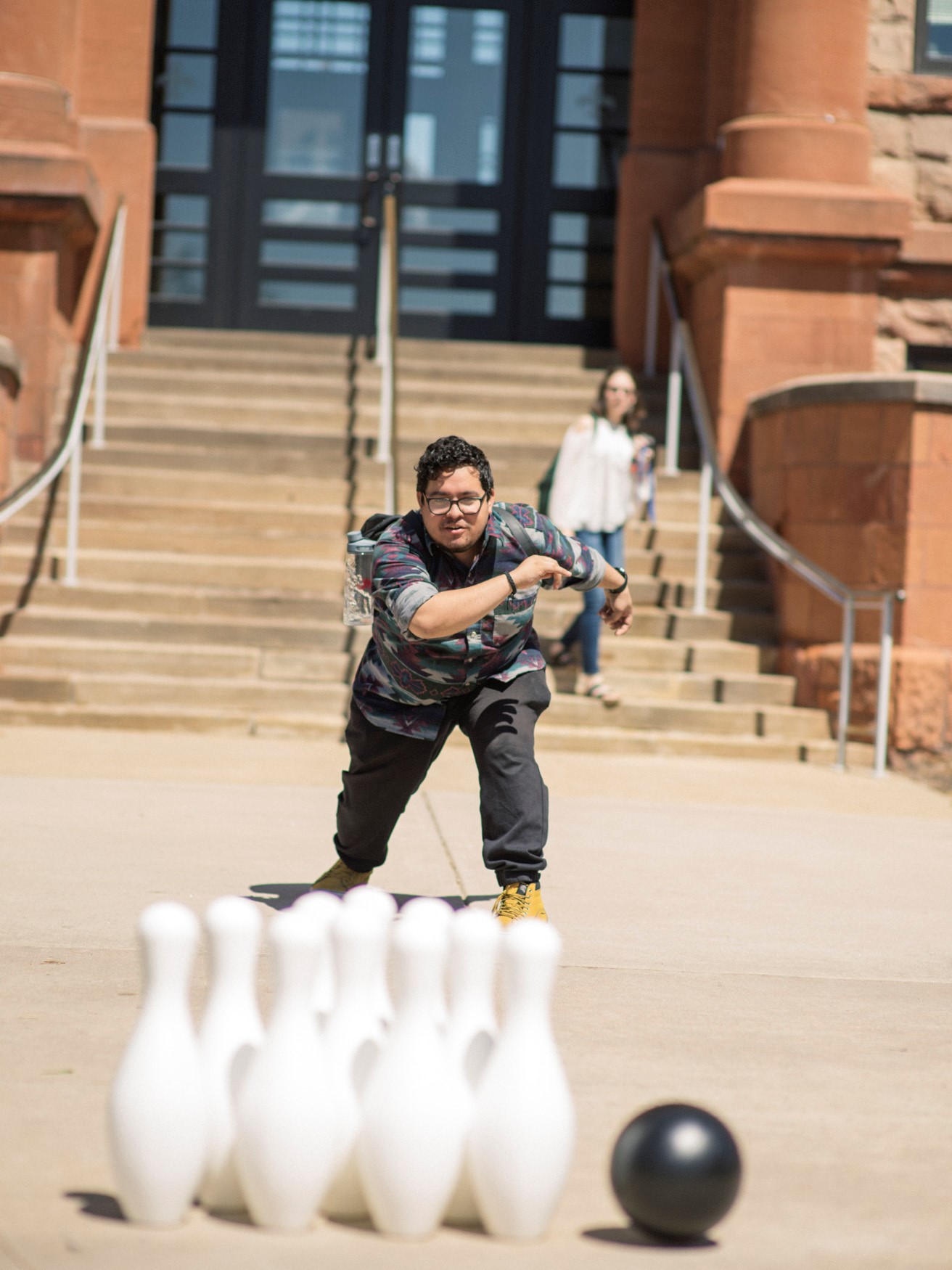 About four years ago I was near the end of my senior year of High School and I was cutting my college decision very close. It was between two schools, and as I remember, I reluctantly, though happily, chose to attend Regis University. The whole process was scary and unfamiliar, though I had lots of guidance from the people at the Boys Hope house in Aurora, Colorado, as well as many amazing teachers, mentors, and friends at Regis Jesuit High School. In the last four years many things have changed in and around me, but many things have stayed awfully familiar.

An example of one such thing is my tendency to wax poetic about the things that are in the process of becoming nostalgic one minute, and then complain about that process the next minute. When I was asked to write an article for this e-newsletter, the first couple drafts seemed to do exactly that: they were nostalgic about this college experience. I’m in the process of wrapping up, and then was very critical, jaded, and almost sarcastic about it. Part of that is this coping mechanism I have to want to take some of the tension away from very serious things by inserting the quick, overwhelming joke. That is also one of those things that hasn’t changed from high school.

So where am I in this whole process? Well, I’m finishing up what is almost the end of this college process (I’m walking at the graduation ceremony on May 6th at Regis University, though I have a handful of credits to finish up in the fall). I’ve been working on my thesis for my Religious Studies major which focuses on the life and death of Bl. Miguel Agustin Pro, SJ, a Mexican, Jesuit martyr during the context of the Cristero War and Catholic oppression in Mexico, and what that life and death means for Latinx people in the Catholic Church in the US today. I’ve been writing a lot of final papers, helping friends take their graduation photos, performing “final” concerts in ensembles I’ve been a part of since my Freshman year, doing a lot of job searches and job application writing, and reflecting with those friends, professors, bosses, and mentors that have made Regis University the experience it’s been for me.

So what will I be doing after this graduation? Besides wrapping up my last few credits, I’ll be working (the specifics of where are up in the air, hence the job searches and applications), and preparing applications for graduate programs. I hope to do my masters degree in either conducting or theology, which are my two passions, though they both require me to sharpen my skills in those specific fields. The thought has also been proposed by my professors that I publish my thesis, so that is a process I will begin to undertake come graduation. I’ll also be discerning doing a service year, either with the Jesuit Volunteer Corps, the Alumni Service Corps, or possibly another organization (maybe with Americorps to serve with BHGH?), as well as further discerning a vocation to the Society of Jesus.

College has been difficult, but endlessly rewarding. I see that BHGH has played a very large part in my success, and I am entirely grateful to have been able to experience things. As I wrap up the last few things I must do, both this semester and next, I see that the hands of many have helped shape my life and my experience. That scared high school senior has become a slightly-less scared (near) college graduate. He is better at quoting philosophers and theologians, writing a paper, and talking about his favorite thinkers, writers, and people (though just as likely to break into song). I’ve come a very long way, and this education has made the world more open to me. Since I’ve gone a whole article without writing any jokes, I think I’ll just leave you with this photo that was taken of me in the last few days. Someone said it perfectly sums up how four years of college feels, and I wouldn’t disagree. But I wouldn’t say that college is a failure. Quite the opposite, actually. College is learning how to re-bowl, even if the first try is a gutter ball.  Thank you for making it possible!