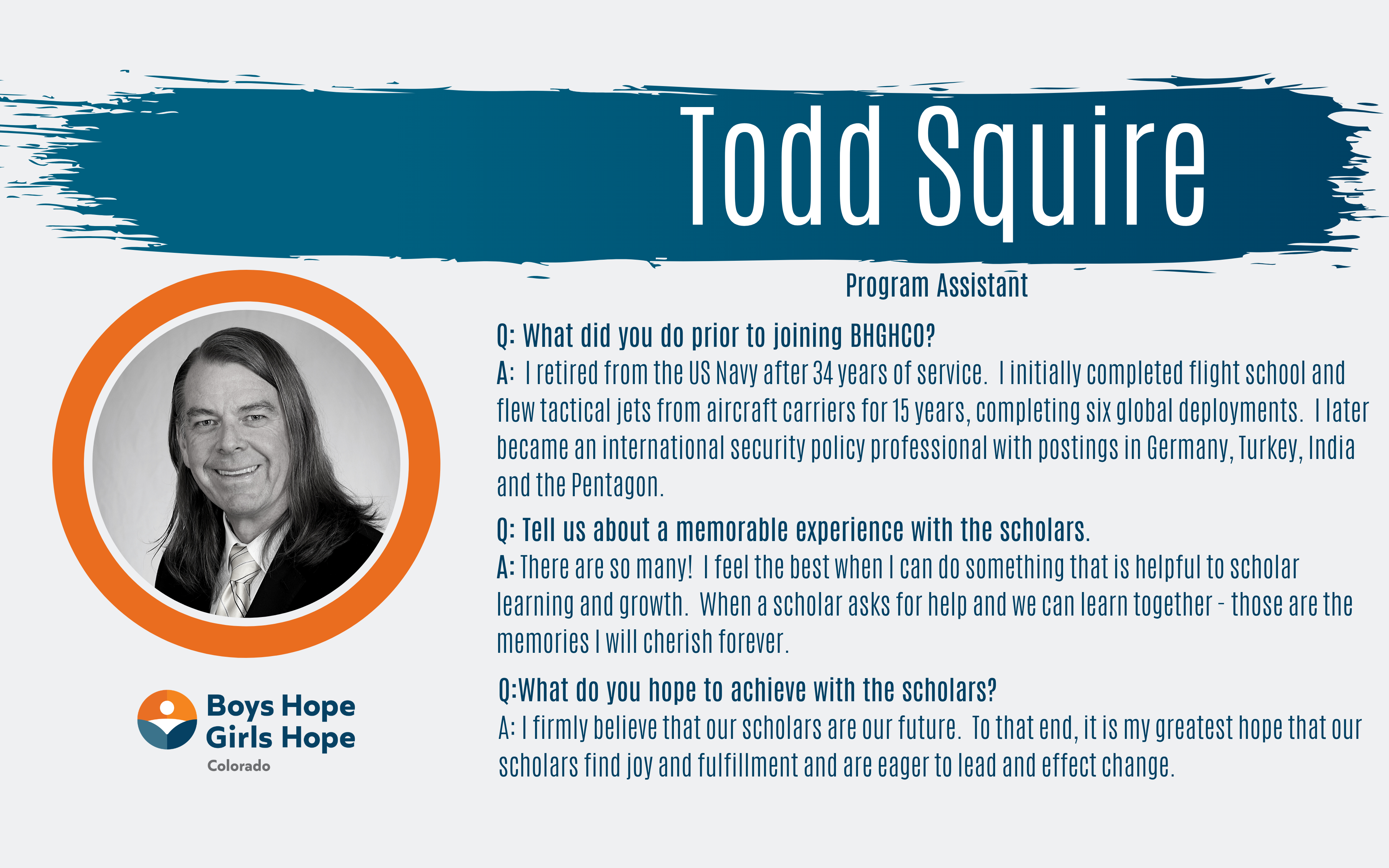 Todd Squire is the program assistant at Regis Jesuit High School where he spends two afternoons a week with the 13 Regis Jesuit Boys Hope Girls Hope scholars.  Todd assists with homework, scheduling and preparing tutors for scholars and provides support to the program manager.  Prior to joining BHGHCO in 2019, Todd served 34 years in the Navy where he spent 15 years deploying globally flying tactical jets from aircraft carriers, then was selected in the first cadre of Navy Foreign Area Officers with postings in Germany, Turkey, India and the Pentagon.  Todd has completed over 13 years of post-secondary education including a master’s degree in National Security Studies from the German Armed Forces Staff College in Hamburg, Germany.  He has professional proficiency in both German and Turkish.  Todd’s final assignment was the Director for International Engagement where he advised Chief of Naval Operations and subordinate staff on international engagement with global sea services.  He was also responsible for the career development and assignment of roughly 400 Foreign Area Officers in 142 countries.