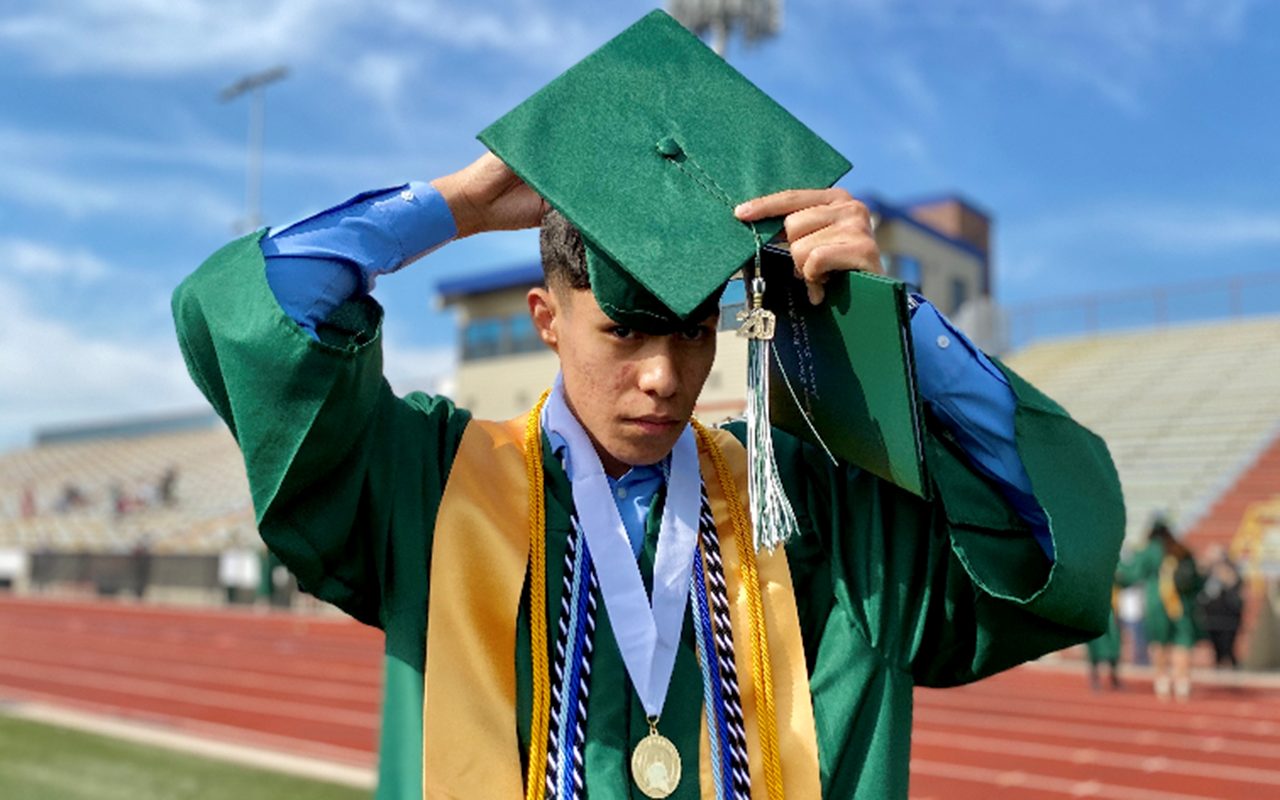 BHGHCO Collegian Begins His Next Chapter

Meet Isai. He is a recent graduate of Aurora Central High School. In a few short weeks, he will be headed to Colorado State University. He’s wanted to go there for as long as he can remember. His brother is a CSU graduate. I sat down with him (via phone) and asked him what moving to CSU during a global pandemic looks like.

The move into campus housing will begin during the week of August 16th. The university has dedicated the entire week to this process in order to break up the number of people arriving at one time. Classes will begin on August 24.

Isai is beyond excited and he expressed that he cannot believe it is finally here. He remembers beginning Spring Break in March, unsure of whether he would ever be physically going back to high school once quarantine began. College seemed so far off. But time has flown and here he is, done with Summer and setting out to begin his future. He says it feels unreal at times.

Preparing for college living is slightly different nowadays. With technology, you’re able to find a compatible roommate ahead of time, through an app called RoomSync. With this app, Isai was aligned with different profiles that matched his interests and he began messaging potential roommates weeks ago. By the time it came to choosing a roommate, Isa and his new friend were requesting to live with one another. Sounds like an incredible way to avoid that move in awkwardness, meeting for the first time, amongst parents, siblings, tons of boxes and all your Walmart bags filled with the essentials you need when you’re on your own for the first time. His roommate also comes from a local Aurora high school, so they will have a lot in common.

Isai and his roommate have what is called a double suite. While he is not completely sure what that looks like, he mentions that the school is taking precautions wherever they can and upon move in they have packages for sale that include washable masks, hand sanitizer, gloves and even a door opener so that no student has to touch a door handle.

Classes will be a hybrid of both responsible, in-person social distance learning and online classes. Either way, Isai is excited for this tangible campus experience. He knows that not every starting Freshman has this opportunity in 2020. He also cannot wait to get involved in campus activities and the community. Living in Fort Collins will be a new freedom for him. He talks about the responsibility of exploring on his own and getting to know life as an adult.

While he remains undeclared, he is considering both bio-medical and electrical engineering. Whatever his choice, this amazing young man will succeed at whatever he dreams. His best advice for current scholars who are working towards graduation and college acceptance is “Take advantage of concurrent enrollment. If you can take college courses, make sure you do, as that is free knowledge and it will set you up to be successful in college. You will better understand what to expect. GPA does matter, but so do things like AP courses and being involved. Learn as much as you can. Be a part of the community. Take advantage of extra-curricular activities – sports, clubs, volunteering.” Isai adds, “Prioritize building your resume. How do you want to represent yourself to colleges? It’s important to decide that early on.”